Conscious Cinema: Looking Back, Looking Ahead 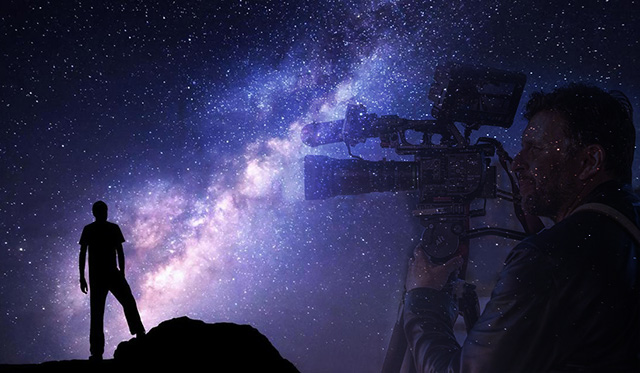 Sacred chants. Psychedelic buses. Fallen gurus. 2017 was another year of absorbing independent films that reminded us of our potential, our limitations, and the evolutionary roller-coaster of human consciousness. The biggest frustration? Finding the time to watch them. The biggest challenge? Knowing they even exist.

Most of the films in what is loosely described as the “transformational/conscious media” space are produced on shoestring budgets that then face the daunting task of marketing and distribution. As experienced authors often caution in the publishing business, “The real work begins after the book is done.” And so it is for independent filmmakers. The traditional model generally begins with submitting a new movie to festivals, praying for the attention of a distributor, and having any number of back-up plans. Exposure is critical – and so is patience. But in the new age of filmmaking where social media and VOD (video on demand) are playing bigger roles, that model is evolving while giving more films a chance to get noticed.

But this article isn’t about the process. It’s a modest attempt to bring a few of these films (and YouTube videos) to light – some of which were finished in 2016 but released to the public in 2017. They are organized according to a taxonomy of their transformational intent: Individual (“Soul Seekers), Institutional (“Drum Beaters”), and Cosmological (“Mind Benders”).

This soulful journey into the phenomenon of chanting and kirtan (call and response)immerses viewers in the sounds, the origins, and the transformative power of this ancient tradition. Described as “medicine for the mind” by some, footage of group chants along with personal interviews shows its power to help participants connect to a deeper sense of themselves – and others. Snatam Kaur, Krishna Das, Deva Premal, Jai Uttal, and many others share their stories and chant the songs of this growing devotional practice.

Walk with Me: A Journey into Mindfulness

Filmed over three years and reverently narrated by Benedict Cumberbatch, this moving meditation on the art of mindfulness takes viewers deep inside the world-famous Plum Village monastery in southern France. There, Zen Buddhist master Thich Nhat Hanh gently counsels initiates and others on the rigors and sublime pleasures of the monastic path. “Mindfulness,” he says, “is about arriving in the here and now and living life deeply so as not to waste it.”

When the self-help movie/book The Secret was released in 2006, one of the featured authorities was motivational speaker James Arthur Ray. Its mega-selling success, followed by Ray’s appearances on “Oprah,” catapulted him into visibility, which he fashioned into a revenue-churning business model. Until 2009, that is, when three people died during an intense sweat lodge ceremony at one of his retreats. Ray was convicted of negligent homicide and sentenced to two years in prison. Ultimately a primer on the $10B self-help industry, this engrossing film weaves history, backstory, and the larger canvas of human insecurity and ambition as Ray’s budding empire and credibility collapse.

Tomorrow is a refreshingly optimistic – and realistic – sampling of the many people- and earth-centered projects now underway throughout the world, driven and inspired by community, autonomy, initiative, and creativity. From agriculture and economics to energy and education, there are incredible things happening at the local and neighborhood level that remind us once again of our enduring spirit and transformative potential.

A Quest for Meaning

This amiable, good-hearted film follows two young Frenchmen – recently re-united childhood buddies – on a journey of inner discovery through the experiences of those who are transforming our world. Shamans, scientists, wisdom keepers, and farmers open the lad’s eyes to the deeper patterns of what ail us, leading to an decisive insight: The disease of modern civilization is rooted in our disconnect from nature and the distorted belief systems that maintain that pathology. The antidote: examine the stories that have locked us into place and connect with the power we each have to make change that matters.

Decades before Burning Man and the rise of “festival culture” –- even before Woodstock and Haight-Ashbury – there were the Merry Pranksters, led by the multi-faceted showman and writer Ken Kesey. Going Furthur pays homage to these free-wheeling pioneers, but the film is much more than a flashback trip down memory lane. Infectiously upbeat, it celebrates the rise of a new generation of non-conformists whose values are anchored in community, self-expression, and a clear intention to create a more conscious, loving world.

Thirty years ago, self-taught physicist Nassim Haramein embarked on an audacious quest to mathematically map that visceral sense of “oneness” many have felt and ancient texts have taught is the foundation of all reality. This film is the story of his journey, driven by the search for a “unified theory” that connects the physics of the cosmos with the physics of matter at the quantum level – a quest that has bedeviled physicists for decades. As Rumi once said: “You are not a drop in the ocean. You are the entire ocean in a drop.”

In Pursuit of Silence

John Cage’s provocative 1952 piece entitled “4’33””– four minutes and thirty-three seconds of complete silence – anchors the meditative spirit of this hypnotic film. Filmed in eight countries over two years, numerous scenes of nature, solitude, and beauty are juxtaposed against the noise that engulfs modern life. “Noise takes us away from that which makes us human . . . silence is the resting place of everything essential.”

Supersapiens: The Rise of the Mind

Has Hal 9000 (from 2001: Space Odyssey) finally arrived? Maybe not, but he’s getting a lot closer as this mesmerizing film suggests. The field of artificial intelligence and smart machines is exploding, which forces us to confront a gripping possibility: Is a new species emerging? And if so, how much of it will be machine and how much human? An inspiring film for believers or a runaway train for skeptics, the story of Supersapiens cannot be ignored.

Samadhi, Part I: Maya, the Illusion of Self

Stories that explore the nature of human consciousness are in short supply, so whenever I find one – however unconventional – I pay attention. Samadhi is one of them, a film about “forgetting what we have forgotten.” And while you may need to inhale to absorb its sometimes repetitive, heavy-handed message, the film is visually appealing, the metaphysical tutorial worth hearing, and it’s free on YouTube – where is has already received more than two million views. Part II is in development, which will include meditations for helping to achieve the “luminous emptiness” invoked in Part I.

Narrated by what could be described as a future generation AI “construct” trying to understand its human origins, this unusual YouTube video explores the nature of human consciousness primarily through the lens of neuroscience and psychology. Focusing on the deeper beliefs that drive our thoughts and emotions – and consequently our actions – it takes on (among other things) “quantum weirdness,” dark matter, free will, childhood conditioning, and other deep patterns below the chaos. The monotonic voice may drive you a bit nuts, but the content and visuals will keep drawing you back in.

The festival circuit remains a great resource for discovering new films in the conscious media space, and the following fests are the best. (Be sure to check out previous programs and award winners at each site). Wild & Scenic (Jan. 11 – 15) and Sundance (Jan. 18 – 28) launch the new season:

Finally, another great place to discover new films is Compathos. This visionary foundation produces films and immersive/interactive media, offers fiscal sponsorship for aspiring filmmakers, develops and collaborates on issue-driven campaigns, online events, and community screenings, and has its own VOD platform: Films for the Planet. It also provides a broad range of other programs and services to the transformational media community.

May the spirit of transformational cinema be with you in the coming year!

Matthew Gilbert is founder/curator of Cinema Noēsis: Films for Evolving Minds, a website dedicated to reviewing new and recent movies, both mainstream and independent. He also publishes a newsletter with timely news and trailers.