Complementarity: The Wisdom of Welcoming Contradiction 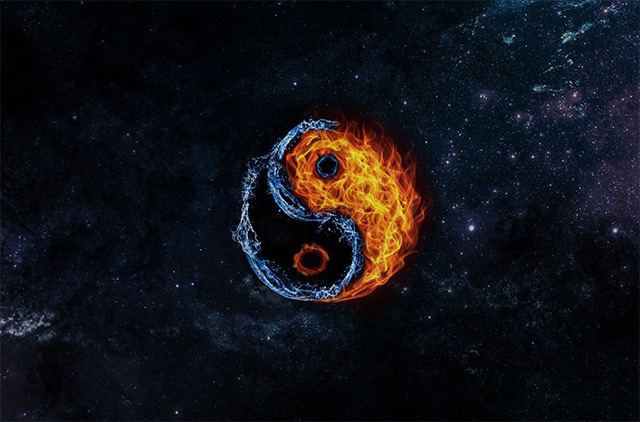 by Frank Wilczek, Professor of Physics at MIT and winner of the 2004 Nobel Prize in Physics. His book A Beautiful Question argues that beauty is at the heart of the logic of the universe.

Complementarity is the idea that there can be different ways of describing a system, each useful and internally consistent, which are mutually incompatible. It first emerged as a surprising feature of quantum theory, but I, following Niels Bohr, believe it contains wisdom that is much more widely applicable.

Here’s how it works in quantum theory: The ultimate description of a system is its wave function, but the wave function is not something we can observe directly. It is like a raw material, which must be processed and sculpted in order to build something usable (that is, observable). There are many things we might choose to build from a lode of iron ore—a sword or a plowshare, for example. Both might be useful, in different circumstances. But either uses up the raw material, and precludes building the other. Similarly, we can process the wave function of a particle to predict things about its position, or alternatively to predict things about its velocity, but not both at the same time (Heisenberg’s uncertainty principle).

Quantum theory is complicated, but reality as a whole is even more complicated. In dealing with it, people can and do take many different approaches: scientific, legal, moral, artistic, religious, and others. Each of those approaches can be useful or rewarding in different circumstances. But they involve processing the full complexity of reality in radically different ways, which are often deeply incompatible (for an example, see below). Complementarity is the wisdom to recognize that fact, and to welcome it.

An important example of complementarity arises around the concept of legal responsibility. Generally speaking we do not hold children or insane people responsible for otherwise criminal acts, because they cannot control their behavior. Yet science, on the face of it, suggests that human beings are physical objects, whose behavior is fully determined by physical laws. And that is a very useful perspective to take, if we want to design reading glasses or drugs, for example. But from that perspective, nobody really controls his behavior. The point is that the scientific description of human beings, in terms of the wave function of the quarks, gluons, electrons, and photons that make them up, is not a useful way to describe the way they act. The perception that we exercise will and make choices is based on a coarser but more usable description of humans and their motivations, which comes naturally to us, and guides our legal and moral intuitions.

Understanding the importance of complementarity stimulates imagination, because it gives us license to think different. It also suggests engaged tolerance, as we try to appreciate apparently strange perspectives that other people have come up with. We can take them seriously without compromising our own understandings, scientific and otherwise.

Objective Quantum Reality May Not Exist

Each of us may be able to experience totally different realities.

To understand ourselves and our place in the universe...

Spacetime Paths as a Whole