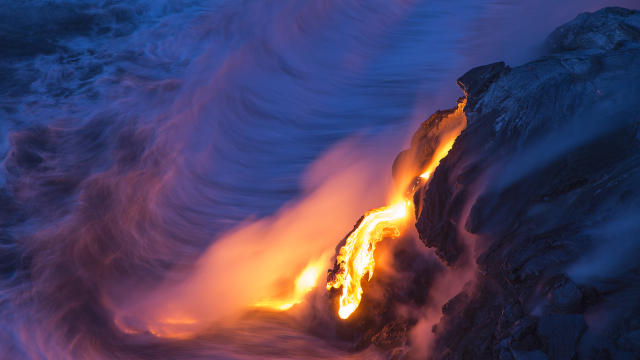 Sometimes when we run into complexity in the world, we react by splitting it into artificial opposites — black and white, good news and bad news, us and them, particles or waves. The last one, of course, is a reference to quantum mechanics, which offers a different method for handling complexity.

Known as complementarity, it holds that two different ways of viewing reality can both be true, although not at the same time. The most well-known example of this — at least in the quantum mechanics world — is light, which can be either a wave or a particle, depending on how we measure it.

This kind of paradoxical approach to reality fits well in the quantum world — where cats in boxes can be both dead and alive, and entangled particles can influence each other over vast distances — but some people think think complementarity can also be applied to any aspect of the world, large or small.

Another is Nobel-winning physicist Frank Wilczek, author of A Beautiful Question: Finding Nature’s Deep Design. In the book, Wilczek places complementarity alongside the other key tenets of modern physics — relativity, symmetry, and invariance. But he also sees the potential in applying complementarity to both the philosophical and the metaphysical — basically to any “deep truth.”

Wilczek cites quantum theory pioneer Niels Bohr, who said that the opposite of an ordinary truth is usually a falsehood. “Deep propositions, however, have meaning that goes beneath their surface,” writes Wilczek. “You can recognize a deep truth by the feature that its opposite is also a deep truth.”

Sir Issac Newton used the principle of complementarity even before the rise of quantum mechanics. He pondered that light might be a particle, but kept his mind open to other options — “keeping many alternatives in play, while refusing to put forward any one,” writes Wilczek.

Complementarity also gets at the problem that we face in trying to address different kinds of questions. “No one approach, however clever, can provide answers to all possible questions,” writes Wilczek. To really get at those questions, we need to “engage it from different perspectives.”

In a post on Edge, Wilczek gives a more grounded example of complementarity in the non-quantum world, that of legal responsibility.

The scientific approach is accurate, but it’s not very usable in the real world. What’s needed, writes Wilczek, is a “coarser” description of people and their motivations. Both of these approaches to legal responsibility are true, but they can’t be true at the same time.

In essence, complementarity gives us “license to think different,” writes Wilczek, and in doing so it stimulates our imagination. He also suggests that this approach to reality can promote tolerance for other people’s “apparently strange perspectives.”