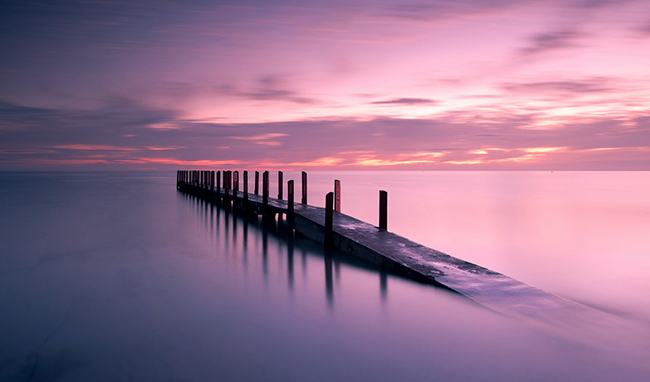 So when I began to study the emptiness teachings, I found it altogether natural to equate the “emptiness” in the new teaching with the “awareness” mentioned in my earlier teachings. This actually caused confusion on my part, and made it much harder to understand what even the very best emptiness teachers were talking about.

So I thought I would put together these pointers in case they might help spare you the confusion I experienced!

In the awareness teachings you often see lists of names for the un-nameable. Sometines they are capitalized, sometimes not: awareness, consciousness, the un-nameable, reality, truth, being, clarity, God, love, knowledge, thisness, oneness, the singularity, I, the I-principle, and sometimes even emptiness or “emptyfullness.” They are all used more or less synonymously to point to the single reality that is beyond pointing, but which is what the self and everything is made out of.

If you are used to these teachings and then attend a class or pick up a book on emptiness, it will be almost inevitable for you to perform a mental substitution as you take in the new teachings. You’ll hear “emptiness” and say to yourself, “awareness.”

The emptiness teachings, however, tackle such questions more critically and profoundly. Emptiness teachings do not take themselves for granted as true. Instead, they submit themselves to their own investigation. Emptiness teachings entail a radical critique of the notions of objective truth and independence. This is part of how one realizes that emptiness is empty. The teachings look at themselves. Nagarjuna is able to say, “If I had a position, no doubt fault could be found with it. Since I have no position, that problem does not arise.” The teachings allow one to investigate how this can be. The self-examining reflexive process becomes part of the teachings, and brings deep peace about questions such as “Which teaching is true?”

Similarities
There are similarities between the two teachings which made me at first think they were identical with each other. For example, here are some similarities:

Terminology
Awareness and emptiness are both valorized, key terms in their respective teachings. The terms even sound a little bit alike.

Non-Objectivity
According to both teachings, persons and other phenomena do not exist objectively. Whether it is a body, a material substance, a thought or a concept, it is held by both teachings not to exist in an independent way.

Origin
Both sets of teachings originated in ancient India. In fact, Gautama, who later became Shakyamuni Buddha and the founder of Buddhism, was raised in the Vedic Hindu tradition, which gave rise to the Vedantic teachings. It’s sort of like Jesus being Jewish. (By the way, the West has teachings that are surprisingly similar to Buddhist emptiness teachings, for example the teachings of Sextus Empiricus, Ludwig Wittgenstein, Jacques Derrida and Richard Rorty, which developed independently.)

Where to study the teachings
Awareness teachings. Awareness teachings are very easy to find these days. There are satsangs, retreats, workshops, conferences, FaceBook, Google+, portal sites, networks of friends, and many personal websites. And, of course, there are quite a few books and some publishers specializing in these teachings.

Emptiness teachings. As I write this in January 2012, emptiness teachings are much harder to come by. One must usually attend teachings at a Buddhist dharma center, and then not all dharma centers have classes in emptiness. Tibetan and Chinese Buddhist centers may have emptiness classes, but sometimes these classes are given only in the Tibetan or Chinese languages. There are some classes in Madhyamika or Buddhist philosophy taught in colleges and universities. And sometimes professors will offer public, non-academic seminars. As for writings, when one includes the Western varieties of what we’re calling emptiness teachings (which include various kinds of non-essentialist areas of culture), then there are writings that number in the thousands. Depending on the author (whether Eastern or Western), the reading can be quite challenging.

Essence/No Essence
Awareness teachings. In the awareness teachings, awareness is said to be the essence of all things. In fact, “things” aren’t really things at all; there is awareness only. The sum and subsance of everything is awareness. Nondual inquiry often proceeds in a reductive fashion, where one looks at the world, body and mind, and experiences in different ways that there can’t be any separate or distinct reality to any of it. Everything consists of awareness only.

Emptiness teachings. In the emptiness teachings, there are no essences. Things are said to be empty, but they aren’t said to be made out of emptiness. Physical things are composed of various pieces and parts and constituents, all of which are empty. Emptiness is not a substance of any kind. Rather, it is a name for how things exist — in an interdependent fashion.

Emptiness teachings. In the emptiness teachings, I am said to be empty, but I am not made of emptiness. When the emptiness teachings say that there is no self, they are negating the idea of a partless, seamless, unified, independently existing essence that is supposed to be the basis of identity through time and space. That kind of self cannot be found anywhere, no matter how closely one looks. But the empty self is said to exist. This is the self that is a convenient, informal designation. It’s a placeholder, a bit of shorthand to refer to a constantly changing psychophysical complex. And underneath this complex there is no fundamental substance or nature. (Some Mahayana Buddhist teachings, such as the Tathagatagarbha and the Dharmakaya doctrines, come very close to affirming a Vedantic-like, Atman-like Self. But the emptiness teachings from Nagarjuna, Chandrakirti and Tsong-kha-pa do not affirm anything like this. The congruent Western emptiness teachings do not posit any essential, Atman-like self either.)

Realization
Awareness teachings. In the awareness teachings, realization of the nature of the Self is something that happens once per lifetime. Depending on the teaching, there might be several different stages to this realization, but regardless of the process, it is not something that can be repeated (or needs to be). In fact, it is often said that from the standpoint of “after” realization (note the quotation marks), nothing ever happened. Who could it have happened to? Oftentimes, depending on the particular awareness teaching, there is not a lot to say about the process or the person who undergoes the process.

Emptiness teachings. In the emptiness teachings there is a lot to say. Whether before or after realization, it is not regarded as unwarranted to speak of the conventionally existent person. The conventionally existent person is an informal designation based upon the essenceless, fluctuating assembly of psychophysical parts. In the spirit of this informal designation, the person exists (conventionally). This person is the one who suffers, meditates on emptiness and does other practices, and who realizes the emptiness of the self. It is all conventional, including the Buddhist teachings themselves.

Another difference is that the realization of emptiness can happen many times. Each realization, even a tiny one, promotes lightness, vibrancy and openness of heart. There can be more than one because to realize emptiness is to realize the interdepenence of what one thought was fixed and independent. Since there are many ways for things to depend on each other, there are many different ways these interdependencies can be seen and realized. Each realization strengthens one’s insight.

This article was first posted in November 2014

In most spiritual traditions, love is seen only as universal or cosmic love.

Why Gurus Fall from Grace - SAND19 US

The Necessity of Shadow Work on the Path

Shekhinah is Back from Exile

The wisdom of the feminine in Judaism

Do We Choose our Thoughts? SAND18 US

Francis answers questions from the audience at SAND18US

It's Not Enough to Discover What You Are Not - SAND18 US

Our Minds are Filters - SAND19 US

Rupert Spira has a conversation with the audience at SAND19 US

Unveil the obstacles that block creativity and host them in a way...

That Which Cannot Be Divided - SAND19 US

Love is the refusal to separate —Nisargadatta Maharaj

The Gifts of a Mythic Life

The Roots of Hope Run Deep

Practicing in the middle of a very charged emotional situation

The Miracle of Life

Do you live in fear, or in the miracle of life?

A Dialogue with Maurizio and Zaya Benazzo

When we avoid rooting in our dying bodies, spirituality grows spindly and bears no real fruit.

The Cult of Dyonisus & His Radically Ambiguous Followers

You will learn a series of tantric practices

Intensity is to be open to facts, without any comment

Where do Mathematics Live? - SAND19 US

Francis Lucille's dialogue with the audience at SAND19 US

Archetypes And Yogic Practices Of Human Being Cycles

The yogic sages anticipated quantum physics by noting that a subtle vibrational energy is the substratum of everything we know.