Cancer Through the Lens of Cosmology 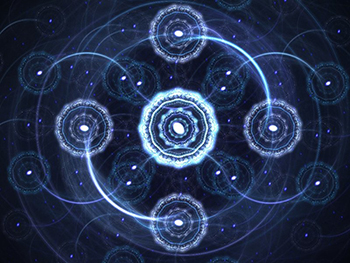 For cosmologists, not even the universe is too big to ponder. But now one physicist is training his gaze on the universe inside our bodies—in particular, cancer cells—in the hopes of finding a physics-based approach to beating this disease.

This shift is no small one, either. Rather than viewing cancer cells as simple the body’s own cells running amok, cosmologist Paul Davies at Arizona State University in Tempe and his colleagues suggest that cancer is actually a “safe mode” that cells enter in response to environmental stress such as radiation or lifestyle factors, similar to how computer operating systems respond when their underlying code is damaged.

In addition, this “atavistic” model posits that the evolutionary roots of cancer are millions of years old, from a time when our single-celled ancestors ruled the planet. At that point in our history, these cells shared cancer’s ability to proliferate unchecked. Later on, though, this “immortality was outsourced to the eggs and sperm,” Davies told Scientific American.

Cancer, then, is not new, but the re-expression of a “preprogrammed” trait that has been lying dormant since those early days. Assuming the researchers are right, cancer arose at a time when single-celled organisms lived in a more acidic environment that was low in oxygen. This could provide news ways to attack cancer, which are outlined by Davies and his colleagues in the September 2014 issue of BioEssays.

Treating cancer with higher doses of oxygen and reducing the acidity of the body, such as by lowering sugar intake, could tax the cancer cells enough to cause the tumors to shrink. Other researchers have already been investigating the use of oxygen as an anti-cancer therapy, with some success with leukemia cells.

Another approach based on Davies’ atavistic model is the use of bacterial or viral agents—immunotherapy—to attack cancer cells, which should lose the protection of more-recently evolved traits when they go into “safe mode.” Some research, although limited, supports this approach.

Whether or not Davies and his colleagues are right about the origins of cancer, it’s clear that viewing cancer through the lens of cosmology has reinvigorated a field of medicine that, so far, has failed to make a lot of headway in the battle against cancer. And understanding how the many universes contained within our bodies function could be just the right problem for physics to tackle next.

The Born rule, which connects the math of quantum theory to the outcomes of experiments, has been derived from simpler physical principles.