Can You Boost Your Intelligence By Thinking Like an Algorithm? 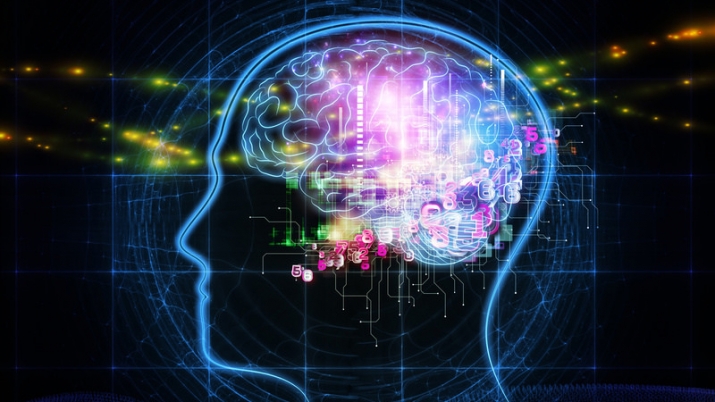 Intelligence is big business. Browse any bookstore or smartphone app store and you’ll find hundreds of books and apps aimed at improving your mind and brain, all with the goal of boosting your intelligence (or intelligences, if you subscribe to developmental psychologist Howard Gardner’s Theory of Multiple Intelligences.

Many of these products focus on improving your nutrition, exercising your brain with games or activities, or meditating away the distractions that keep your from thinking clearly. Author and biochemist Antonin Tuynman provides yet another way to improve your intelligence—fine tuning the steps that your brain uses to perform tasks and solve problems.

In his new book, “Is Intelligence an Algorithm?”, Tuynman argues that the steps we take to go from problem A to solution B are not random or irrational—as we often feel when overwhelmed. Instead, they can be viewed as functioning much like the algorithms that guide computers and the internet.

In computer science, algorithms are a set of rules followed during calculations or other problem-solving operations. They are logical and precise creatures, moving along pathways toward endpoints predefined by various logic points (“if the answer to question A is yes, go this way; if no, then go that way”). This includes, of course, Amazon’s algorithm for deciding which books to suggest to you, and Facebook’s algorithm for bumping certain posts to the top of your news feed.

As you probably already realize, your brain isn’t always that logical, no matter how much you wish for cool rationality to wash over you during stressful situations. Many times we feel like our decisions are random or erratic—like when we quit our well-paying job to run away with the circus.

Tuynman takes these less-analytical aspects of our minds into account: “There are also elements in our behaviour where intelligence appears to follow a more elusive path, which cannot easily be pinned down to a specific sequence of steps,” he writes.

Features of our mind like emotions and intuition don’t fit so easily into the kind of logical functions of a computer algorithm, although Tuynman also provides ways to approach your emotions algorithmically in order to keep them under control.

One of Tuynman’s goals of the book is to differentiate between the aspects of intelligence that are algorithmic and those that are more “holistic.” But a bigger goal is breaking down our logical intelligence into understandable steps, the same way an algorithm can be represented as a flowchart with a series of steps and decision points.

“The advantage of breaking down the analytical intelligence into understandable steps is that if we become conscious of these steps, we can also consciously implement them, avoid logical fallacies and develop a rapid strategy towards a solution, which does not need to evaluate all possible avenues,” writes Tuynman.

This approach has value to scientists and researchers, but it may also have applications for everyday life. We all face problems in our lives that need to be solved, from small decisions like how to open a jar of jam that has become stuck, to more life-changing ones like how to move our family to another city in the least stressful manner.

Tuynman writes that approaching intelligence as an algorithm provides new strategies for solving problems like these. It may also “increase your intelligence, as it gives you an enhanced freedom in dealing with the world around you and is a recipe for happiness.”

Throughout the book, Tuynman touches on many aspects of intelligence—human, animal, artificial intelligence (AI). Tuynman writes that even Nature can be seen as operating under an “intelligence algorithm.” Systems—both living and non-living—are presented with problems, which act as stimuli that drive the system to search for solutions. These solutions are then tested, or screened, to find the most successful ones.

It’s a step-by-step process, with distinct decision points—aka an algorithm.

Tuynman points out that Nature’s intelligence algorithm is not an entirely “precooked routine.” Instead, it is what he calls a “meta-algorithm”—a sequence of steps that enables “novel and inventive elements” to be combined to give rise to complex structures. He compares it to the modern “genetic algorithms” or the “neural networks” of AI.

From here, Tuynman explores “how Nature’s intelligence algorithm is reflected in human intelligence.” He looks at how our minds think, perceive, reason, and solve problems. He also points out how treating these abilities algorithmically can help you to be more efficient in carrying them out.

Tuynman even tackles our emotions, trying to show how they fit into a natural intelligence algorithm. This is useful for people wanting to better understand how their emotions shape their actions. Tuynman provides tips on how to handle the “raging sea of our emotions” more “intelligently.” He draws techniques from psychology, managerial science, and spirituality.

Tuynman writes that understanding how emotions fit into a natural intelligence algorithm will also be useful for scientists wanting to endow their artificial intelligence with more human-like qualities. He describes how this might look.

He even extends science fiction author Isaac Asimov’s Laws of Robotics in order to avoid hysterical reactions in AI—what Tuynman describes as ”a type of self-reinforcing feedforward mechanism, which is not beneficiary to the system involved.”

It’s almost impossible to mention AI without bringing up the creation of an internet-based “Global Webmind,” a topic that Tuynman touched on in his earlier book, “Technovedanta.” In his new book, Tuynman writes that a self-aware internet on a global scale would be able to monitor its own system so that it functioned optimally. It could also rapidly intervene to stop itself from being abused by criminals or to respond to natural disasters.

This, of course, brings up questions raised by many science fiction books and movies—such as what happens when the Global Webmind develops an agenda separate from that of its creators? Tuynman emphasizes that these systems will need to be imbued with our own sense of morality—if that’s at all possible.

For Tuynman, the question isn’t whether an AI of this kind will ever be created, but how to head off the problems outlined by science fiction writers.

“That such systems will be attempted one day is beyond doubt and therefore it is necessary to already figure out what can go wrong,” writes Tuynman.

Perhaps by improving our own human intelligence algorithms, we can do much of that groundwork before we release an AI into the digital wilds.