Can the Future Affect Our Decisions in the Present?

This article was originally published Mar 4, 2015 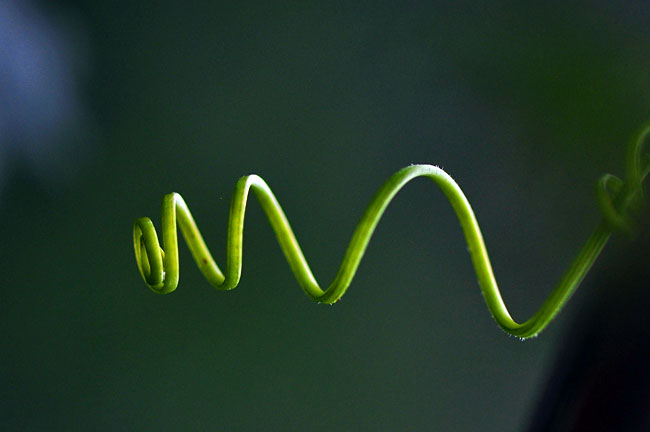 In physics, time exists but it has no preferred direction. It can flow forward—the way we experience it each day in our consciousness. Or it can flow backward, as the Queen in Alice in Wonderland lived her own life. But physics formulas function equally well no matter which way time is running.

“The laws governing clockwork going in reverse are the same as those of clockwork going the usual way—the variable merely becomes -t,” writes physiologist and biophysicist Werner R. Loewenstein in Physics in Mind.

This reversibility of time seems to open up a whole realm of possibilities, one of which is the ability of the future to affect the past. Many physicists, such as Richard Feynman and Yakir Aharanov, have speculated that causality is a bidirectional creature, one that feeds on the quantum food known as entanglement.

Quantum physics, though, is a far cry from our everyday world of getting up in the morning and moving forward through time all day long. Some scientists, though, have attempted to find more commonplace examples of retrocausality—such as the ability of the future to affect decisions that we make in the present.

One of these is Cornell psychologist Daryl Bem, who stirred up controversy with a 2011 study published in the Journal of Personality and Social Psychology. In his article, Bem suggested that ordinary people can be changed by experiences that they haven’t had yet—which suggests that the Future is somehow impinging on the Present.

“The remarkable finding [we made] is that their physiological responses are observed to occur about two to three seconds prior to the appearance of the picture, even before the computer has decided whether to present a non-arousing or an arousing picture,” Bem told the Cornell Daily Sun.

One possible reason that certain students performed better than chance is that the opportunity to view a steamy picture passed backwards in time more easily. Critics, however, weren’t impressed, claiming that Bem’s methods were flawed. A later attempt to replicate his findings also came up empty.

Bem currently has a paper under review that looks at more examples of people seeming to anticipate future events—or what appears to be the Future bleeding back into the Present. It will take some time for the field of psychology to sort this out, along with its general problems of replicating studies.

In the meantime, quantum physicists continue to ponder retrocausality. However, even if this kind of future influence does exist, it will likely occur only under certain circumstances. That’s because the universe as a whole is tilted toward moving in the forward direction, leading from the highly ordered Big Bang toward a highly disordered future.
_____

“To us believing physicists, the distinction between past, present and future has only the significance of a stubborn illusion.” ~ Albert Einstein