Can Gut Bacteria Shape Our Emotions? 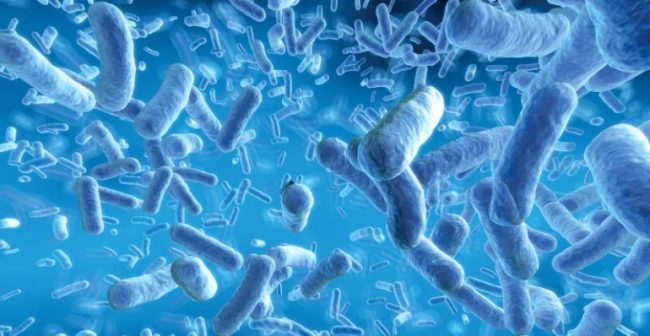 People have long talked about trusting your ‘gut instinct.’ Or described nervousness as having ‘butterflies in the stomach.’ Recent research is finding that there may actually be some truth to these old sayings. Over the past decade, scientists have been investigating the link between the bacteria that live in our intestines—our microbiome—and our brain and mental health.

This avenue of research has been around since the early 1900s, when doctors and scientists wrote a lot about how the contents of the colon—and harmful bacteria living there—could contribute to fatigue, depression and neuroses. Based on this, they recommended treatments ranging from dairy-based beverages meant to change the bacterial ecology in the intestines to drastic surgical removal of parts of the colon—all with the goal of improving the patient’s mental health.

These early forays into understanding the influence of gut bacteria on the brain were eventually dismissed as pseudoscience. However, in the past 10 years scientists have begun to reexamine the link between the gut and brain. As more studies are done, researchers are discovering that communication between the gut and brain is actually a two-way street. The brain influences both the immune and gastrointestinal functions, which can alter the makeup of the gut’s microbiome. In turn, bacteria in the gut produce neuroactive compounds—neurotransmitters and other metabolites that can act on the brain. Some of these have also been found to influence the permeability of the blood-brain barrier in mice, which keeps harmful substances in the blood from entering the brain.

Most of the research so far has been done in mice, so researchers are cautious to avoid overhyping the results and what it means for people. The mice most often used in these studies are germ-free, having been bred in sterile conditions so they have no microbes living in their intestines (the typical human gut has trillions of bacteria and other microorganisms). This allows researchers to examine how the absence of gut bacteria—or the selective dosing of mice with specific bacteria—affect the brains and ‘mental health’ of mice, something not possible in people.

In one of the early studies using germ-free mice, researchers found that mice with no microbiome had much higher levels of stress hormone than normal control mice when confined in a narrow tube. More importantly, when researchers gave germ-free mice a bacterium called Bifidobacterium infantis, the stress response shifted to be more like that of normal mice. This was the first time that researchers had found a link between the bacteria in the gut and the brain’s response to stress.

Even more interesting, at least in terms of the role of the gut microbiome in shaping the brain, is a study by researchers at McMaster University in Ontario. When researchers transferred bacteria to germ-free mice from the intestines of another mouse strain, the personality of the recipient mice became more like the donor mice. Mice that were usually daring would become timid when they received bacteria from timid mice, and the other way around.

The influence of the gut bacteria on the brain goes beyond subtle effects on mood, thoughts and behavior. It may also affect the structure and function of the brain itself. In a study published this year in Translational Psychiatry, researchers found that germ-free mice had different active—upregulated—genes in the prefrontal cortex. This part of the brain is involved in planning and decision making. It also exerts control over other structures of the brain, including the amygdala, as part of the processing of emotional information.

In the study, around 15 percent of these differently upregulated genes in the germ-free mice were related to myelination. Myelin is the sheath that forms around a nerve that allows nerve impulses to move more quickly. These differences in gene expression also showed up in the brains of germ-free mice as thicker sheaths of myelin compared to normal mice.

Myelination is an important part of the development and maturation of the mammalian brain. It occurs as the brain reduces the large number of synapses that are present in very young animals. Myelination happens first in sensory and motor areas of the brain, with the prefrontal cortex undergoing myelination much later (up to 30 years of age in people). The development of the prefrontal cortex later in life is the reason adolescents are more susceptible to taking risks and also to mental health conditions like schizophrenia.

This latest research shows that the gut microbiome may shape the brain at the cellular and genetic levels. Again, most of this research has been done in mice, so researchers are careful about what to expect in humans. But as the field moves forward, researchers are shifting their sights to studies involving people.

In one proof-of-concept study in 2013, researchers gave a small group of women fermented milk with specific types of bacteria added. After drinking this beverage twice a day for four weeks, the women underwent a functional MRI while looking at pictures of actors with angry or frightened facial expressions—images that usually trigger the part of the brain involved in processing emotions during a state of alertness. The responses of women who drank the probiotics were less ‘reflexive’ than the control group.

This suggests that the bacteria in our guts can shape how we interact with the world. However, it’s too soon to know if taking a daily probiotic pill or eating yogurt spiked with certain types of bacteria can reduce anxiety or depression. As scientists carry out more studies, it will become clearer how much control our microbiome has on our emotions and thinking. Or if our ‘gut instinct’ really is an invisible puppeteer behind our actions.