Can Gut Bacteria Control Your Mood? 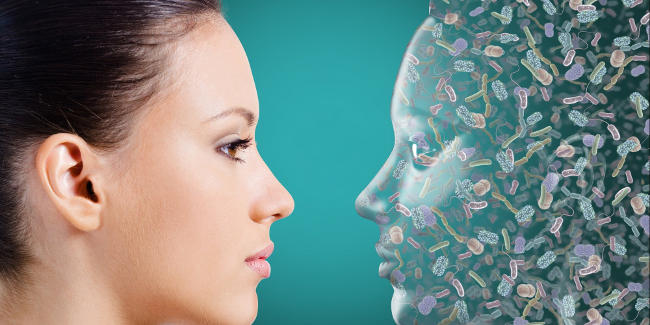 You are never truly alone. Everywhere you go, you carry trillions of microbes inside your gut. These countless creatures, invisible to the naked eye, form what scientists call the microbiome — a thriving ecosystem intimately connected with your body.

These microbes, though, are no mere travelers hitching a ride just for fun. They are in constant communication with your body and brain. As scientists delve more deeply into this area of research, they are starting to find that the microbiome may influence you not just physically, but emotionally as well.

Research into the microbiome is a relatively new field, with some ideas put forth being little more than speculation. In a new book [https://www.amazon.com/Mind-Gut-Connection-Conversation-Impacts-Choices/dp/0062376551/], “The Mind-Gut Connection,” Dr. Emeran Mayer, professor of medicine and psychiatry at UCLA, tries to take what is known about the microbiome and speculate on what this means for our mental and physical health.

Most of the microbes in the gut live on the mucus layer that covers the gut’s surface, very close to the nerves and receptors of the intestines. This allows them to communicate with the body and brain through signaling molecules. These are similar to the neurotransmitters and hormones used within the body. However, this is a two-way street. For example, norepinephrine released by the body during stress can alter the genes expressed by the gut microbes and cause them to release different molecules. In this way, the microbes can tell what mood you are in.

The signal from your body’s stress response reaches every part of the body, but the gut plays a special role because it has so many immune, nerve, endocrine and hormonal cells. Any level of stress can have a large influence on the gut, which may be why we feel anxiety in the “pit of our stomach.” When stress runs amok, it can also impair normal gut functioning, leading to bloating, constipation and diarrhea — all symptoms of irritable bowel syndrome.

Research even suggests a connection between the gut and mental health. Some studies have found that certain people develop both gut and emotional symptoms, although it’s difficult to know which one is driving the other. In an interview with WBUR [http://www.wbur.org/commonhealth/2016/09/16/the-mind-gut-connection], Mayer said that in about half of the patients in those studies, the symptoms started with anxiety and depression, while in the other half, abdominal pain came first.

So can microbes in our gut affect how we feel? Many of the microbes in the body live in the large intestine, where they break down the part of the food that has made it that far into smaller molecules. This includes molecules used by the microbes in signaling the body — such as short-chain fatty acids. These molecules bind to receptors on the intestinal cells, which then release hormones that tell your brain that you are full and satisfied.

However, Mayer said that scientists don’t know yet whether microbes can alter our behavior. He suggests that communication between the gut microbes and the dopamine reward system in the brain could influence what we eat, or even what foods we seek out and buy. His research has also shown that the microbiome is linked to parts of the brain’s reward system. More research is needed, though.

Although Mayer uses probiotics — both pills containing certain types of healthy intestinal bacteria and various fermented foods — when treating patients with gut conditions, he doubts that a single probiotic pill will be able to change your mood by affecting the microbiome. These kinds of effects have been seen in studies with rats and mice, but the human brain and emotions are much more complex.

Strategies like mindfulness-based stress reduction and lifestyle changes are already used to treat certain gut disorders. Mayer’s group is currently studying whether these techniques can also improve the health of both the brain and gut microbes. These may even undo some of the changes made to the microbiome from a person’s early life experiences.

How to Be Healthy in a Dopamine-Seeking Culture