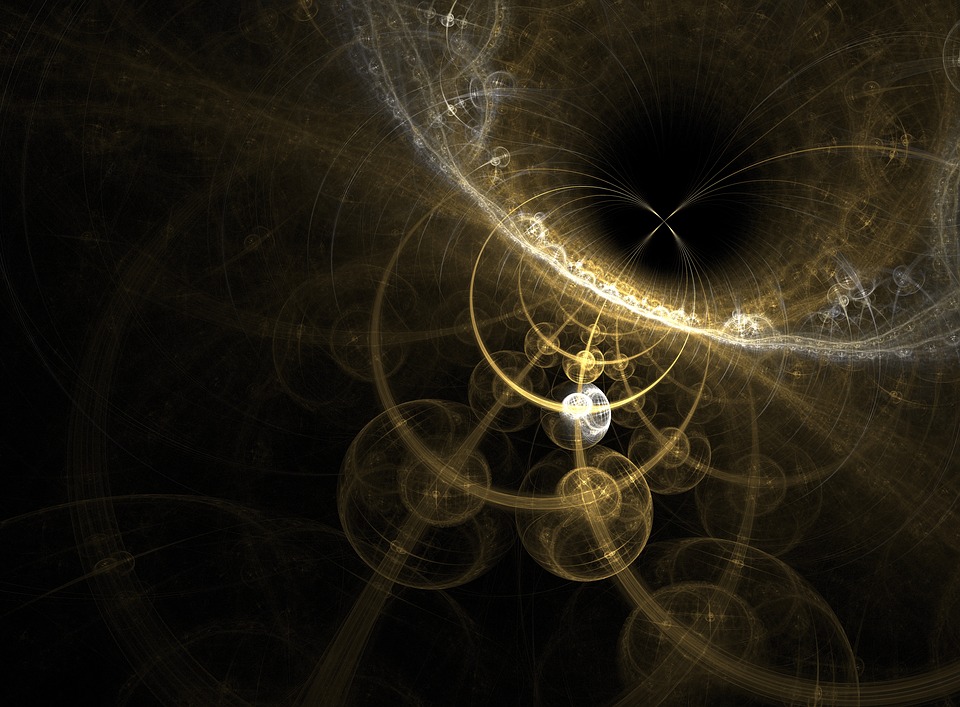 One of the biggest pastimes of quantum physicists is pondering the nature of reality. However, when you move from everyday objects like chairs and tables down to the quantum level—the realm of particles like atoms and electrons—things tend to get a little weird.

Here, in this quantum world, the thinking that gets us through our day, that allows us to pick up objects and set them on other objects, no longer applies. We move beyond interacting with the world at a scale that can be measured with rulers, and into one where particles are the main increment.

It turns out, as physicist Adam Frank explains in the NPR radio program 13.7: Cosmos & Culture, that making this transition to the world of particles requires us to first understand one of the most fundamental concepts of quantum physics—the wave function.

Frank puts the wave function into perspective by looking at it through the lens of the atom. Objects are composed of atoms and “each atom is made of electrons and a nucleus that are all the merest flecks of matter separated by oceans and oceans of nothingness,” says Frank. If that is true, then how can anything feel solid?

This is where the wave function—and wave-particle duality — comes in. Particles like electrons can exhibit both wave-like and particle-like behavior, depending on the kind of experiment you are running. Particles exist in a single point. Waves, however, spread out in many directions—which is how atoms can form solid objects.

So when we think of electrons in terms of the wave function, says Frank, atoms are no longer mostly empty space. And the electron cloud around the nucleus is not infinitesimally small; it’s actually the size of the atom itself. Which means that objects that you can hold in your hand and place on top of other objects are not filled with empty space, either.

That, of course, is a good thing. Without solidity, it would be very difficult to interact with the world. But this also shows that the “weirdness” of quantum physics can lead to some very concrete aspects of our macro-universe.

A new model suggests that these subatomic particles may not be so fundamental after all.