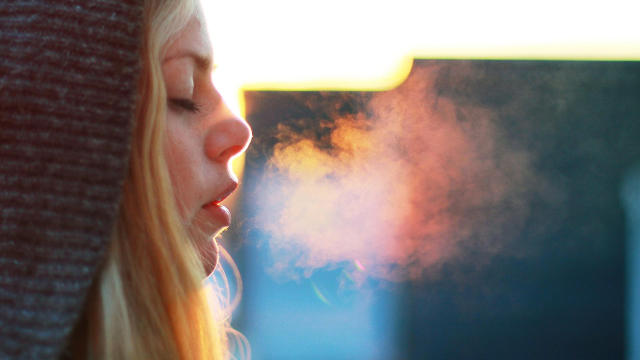 Yogis and meditators know that there is great power in the breath. But this potential is not limited to the yoga mat or meditation cushion. New research shows that the breath can stimulate the brain to help you more quickly identify a fearful face or remember an object later. These effects, though, occur only while inhaling through the nose — not during exhale or while breathing through the mouth.

The study [http://www.jneurosci.org/content/36/49/12448] was published December 6 in the Journal of Neuroscience. One part of the new study focused on the effect of breathing on the amygdala, the area of the brain involved in emotional processing. Researchers showed about 60 people pictures of faces on a computer screen, and asked them to identify whether the faces displayed expressions of fear or surprise.

People identified fearful faces more quickly when they were seen during inhalation, compared to exhalation. This effect did not occur with faces expressing surprise, and was less strong when people breathed through their mouths.

Another part of the experiment looked at how breathing affected memory function, which involves the hippocampus. Researchers asked the same people to remember pictures of objects shown on a computer screen. Later on, the people were better able to remember images seen during inhalation.

Earlier research by Northwestern scientists on patients with epilepsy also showed that electrical signals in the brain fluctuated with breathing, in particular areas associated with processing of emotions, memory and smells.

Lead author Christina Zelano, assistant professor of neurology at Northwestern University Feinberg School of Medicine, said in an interview with Neuroscience News [http://neurosciencenews.com/memory-fear-breathing-5699/] that this suggests these effects may give us an advantage during dangerous situations.

When faced with a danger, our breathing rate increases, which means that we cycle more rapidly through inhalations. This may allow us to emotionally recognize dangers more quickly, and help us remember that specific danger later if we encounter it again.

While the study did not look at breathing during meditation or yoga, the effects may carry over into those practices, especially during breathing patterns that emphasize or lengthen the inhale. The study may also explain some of the benefits of these kinds of breath practices.

“When you inhale, you are in a sense synchronizing brain oscillations across the limbic network,” said Zelano.

The way of experience begins with a breath
such as the breath you are breathing now.
Awakening into the luminous reality
may dawn in the momentary throb
between any two breaths.

The breath flows in and just before it turns
to flow out,
there is a flash of pure joy -
life is renewed.
Awaken into that.

As the breath is released and flows out,
there is a pulse as it turns to flow in.
In that turn, you are empty.
Enter that emptiness as the source of all life.

Grief is Healing in Motion

Grief is the response to a broken bond of belonging