Balancing the Material and Transcendent in Our Lives 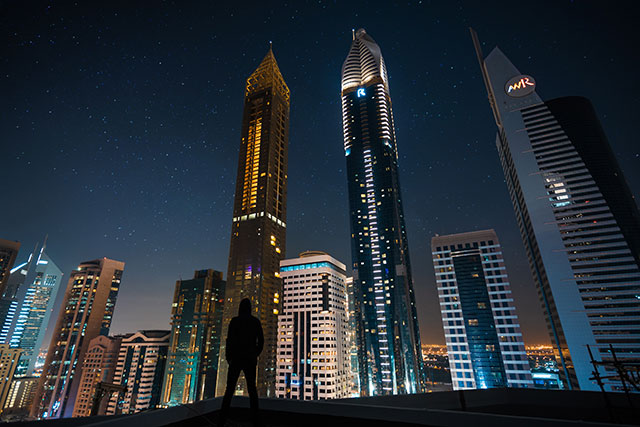 Science enables us to study the world with precision and order, breaking it down into its component parts. At the same time, the phenomena that we examine—from the smallest fluorescent sea creatures to the largest expanding universes—can often leave us with feelings that transcend the material.

This is our world—full of contradictions. On the one hand, routine and orderly, and governed by predictable laws. On the other hand, stunningly beautiful, and drawing our minds away from the impermanent toward the infinite. 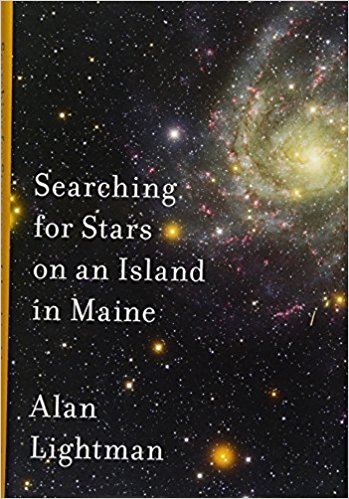 Physicist and writer Alan Lightman, in his new book, Searching for Stars on an Island in Maine, suggests that this dichotomy lies not just within our heart and mind, but also within the world that surrounds us. “It is almost as if Nature in her glory wants us to believe in a heaven, something divine and immaterial beyond nature itself,” he writes.

Nature, though, is part of this dichotomy. It lures us toward believing in something greater than ourselves—heaven, the divine, the transcendent. At the same time, Nature provides us with brains that can tease apart the inner workings of the material world, breaking it down into its constituent parts using scientific tools conceived by those same wonderful minds.

In his book, Lightman addresses this paradox head on. And who better to tackle the “dialogue between religion and science, or between spirituality and science” than the first person to be awarded a joint professorship in literature and astrophysics at Massachusetts Institute of Technology?

Each chapter of the book is a vignette focused on a single big idea—truth, death, atoms, stars, ants, the multiverse. Along the way Lightman treats us to discussions of some of the greats—scientists and humanists, alike—Aristotle, Einstein, Shakespeare, Augustine, Galileo.

As Lightman delves into this murky science-spirituality borderland, he begins with a personal experience grounded in the world, in the here and now. This one occurred one summer night on an island off the coast of Maine, where he and his wife have been visiting for over twenty-five years.

Crossing the ocean to the island one night, Lightman decides to turn off the running lights on the boat, and then the motor. He lays down in the boat and looks up at the “very dark night sky.”
“After a few minutes, my world had dissolved into that star-littered sky. The boat disappeared. My body disappeared. And I found myself falling into infinity,” he writes.

This is an entirely materialistic experience, yet one that is much more than what we can see and touch. Lightman tells how he felt connected to the stars, nature, and the entire cosmos. “I felt a merging with something far larger than myself, a grand and eternal unity, a hint of something absolute,” he writes.

This transcendent experience, as powerful as it is, does little to dim Lightman’s lifelong devotion to science. He remains firmly committed to believing that the “universe is made of material and nothing more,” governed by fundamental forces and laws. Yet, in spite of his scientific mind, the experience in the boat still opens his eyes to the “powerful allure of the Absolutes—ethereal things that are all-encompassing, unchangeable, eternal, sacred.”

If this were a blockbuster movie, it might position Good against Evil, or Right against Wrong. But Lightman chooses to pit Absolutes against Relatives. Or maybe you could describe it as Infinities against Temporaries. According to Lightman, Absolutes “anchor and guide us through our temporary lives”—these include things like God, the soul, and immortality.

Our world, though, is entirely composed of Relatives. Nothing is permanent or constant. Stars burn out. Atoms crumble. Species evolve. Our marriages wither. We die. We live among the Relatives, but we crave the Absolutes, looking for permanence in a universe that is constantly changing.

As much as we strive for something amazing, there is no clear path from Relatives to Absolutes. “The infinite is not merely a lot more of the finite. Indeed, the unattainability of the Absolutes may be part of their allure,” writes Lightman.

The Absolutes are also untouched by the scientific method—nor should they be touched by it. Lightman describes his experience looking up at the night sky in Maine as “a purely personal experience, and its validity and power resided in the experience itself.” No laboratory experiment could possibly measure the power of a transcendent experience like that.

This doesn’t mean that Absolutes and Relatives are mutually exclusive. As seen with Lightman’s experience in Maine, the solidity of the universe, and the material aspects of it that can be measured and quantified, stand alongside the experiences that open you up to something more than yourself.

We chase after Absolutes, but at the same time we remain committed to the physical world of Relatives—this, writes Lightman, is “a necessary tension in how we relate to the cosmos and relate to ourselves.”