Are we Ready for the Illusion of Free Will? 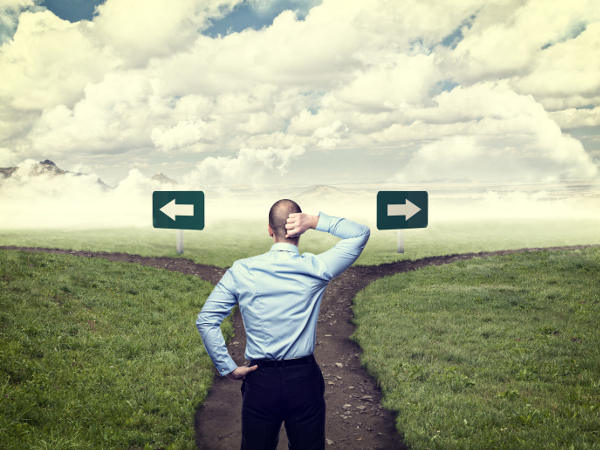 “Free will” continues to be a hot topic in questions and comments with many, many folk. “Free will” is so heavily culturally, religiously, and corporately reinforced, that it seems almost inconceivable that it could be a complete illusion.  EVERYONE KNOWS we have free will, and we even feel it - so it MUST be true.

For decades, I KNEW that I had free will, and consciously “did” everything that happened, both successes and failures, with attendant praise and blame.  However, when the “I” fell away, there was no one there to have a will to be free.  Still, life went on as it did before, even better.  It was obvious that my choices and apparent “doing” were responsible for nothing.  It was surprisingly a liberating and empowering event.

What do we mean by “free will”?

The popular conception of free will is that a) we could have behaved differently than we did, and b) we are the conscious source of our thoughts and actions in the present.  Are these assumptions correct?

If we watch carefully, acts we apparently decided to do actually arose spontaneously, without our being conscious of them.  We cannot see their origin in our conscious minds, nor our decision to perform them. Our “reason” for doing them only arises after the event, post-hoc.  For 99+ percent of our day, actions happen, “all by themselves”, seamlessly, perfectly, without us.

If you watch your next thought, did you (pre)think it, or did it just manifest without your “knowledge” or “approval”?   When you write or text something, did you “think up” what you were writing before it appeared, or did it just appear almost magically from “nowhere”?

Watching carefully the simple act of my apparent choosing which green tea to drink, it is obvious that the choice is not mine, not reasoned, nor premeditated. I watch my hand reaching for the Jasmine rather than Zen or Ginger, but I can feel no “reason” for the selection.  Jasmine just “feels” like the right one. Where and why did that feeling arise?  After the selection, if asked, a “reason” - post-hoc - emerges. “I had Zen this morning, and was almost out of my favorite, Ginger, so Jasmine was the obvious choice”.   This “reason” is a story constructed by the ego/I to make it appear like the choice was made consciously and logically. The ego/I, knowing that it was not involved in the choice, but to keep the “free will” illusion going,  a key part of its job description, it fills in the blanks. Even if I had seemingly, consciously, “decided” on Jasmine, the thoughts that manifested, the weighting of their importance, and which ones were remembered, overlooked, or didn’t arise, were out of my control.

Compelling cognitive neuroscience demonstrating that free will is an illusion continues to emerge.  Benjamin Libet, et al.‘s, paradigm-shattering paper in Brain in 1983; Time of Conscious Intention To Act in Relation to Onset of Cerebral Activity: The Unconscious Initiation of a Freely Voluntary Act, demonstrated that the motor cortex initiates actions well before the “I” is told about it, and well in advance of the actions occurring.  If we aren’t aware when, or what, action is initiated, how can we be in control and have free will?

Libet’s work, which received the inaugural “Virtual Nobel Prize in Psychology”, caused hostile reactions from many sides, including other scientists.  Nevertheless, in the intervening decades, with more sophisticated technology, measuring equipment and experimental designs, his work stands.
Libet himself tried to “save” free will by arguing that when the brain was informed that the action was in process, it could have stopped the action. However, the intention to stop the action would also arise, as the initial action did, out of conscious control.

The BBC video Neuroscience and Free Will,  a selected SAND video, demonstrates how convincing contemporary “no free will” science is. The research by J. D. Haynes in “Decoding and Predicting Intentions” in 2011 demonstrated that it was possible to predict intentions with an fMRI, 7 to 10 seconds before the decision was actually made.

Also, Fried, et al. in Internally Generated Pre-activation of Single Neurons in Human Medial Frontal Cortex Predicts Volition, in 2011 demonstrated that direct recordings from only 256 neurons could predict with 80 percent accuracy a decision to move 0.7 seconds before one is aware of it.  “Recruitment” of neurons occurred 1.5 seconds before subjects reported making the decision.
The research is conclusive; the brain determines what you will do before you are aware that you will do it. We no more initiate events “consciously”, than we cause our hearts to beat, or our stomach to digest our lunch.  What will my next mental state, thought, decision, or action be? I do not know… It just happens, somehow, “all by itself”.

What would it take to actually have free will?  Sam Harris, a Ph.D. neuroscientist, in his “Free Will” answers: ‘You would need to be aware of all the factors that determine your thoughts and actions, and you would need to have complete control over those factors… What would influence the influences? (...) You are not controlling the storm and you are not lost in it.  You are the storm.’

One typical response is that if there is no free will, “Why should I do anything?”.  This is the “Lazy Argument” and it confuses determinism with fatalism.  The simple flaw is that if you are predetermined to do nothing, you will do nothing; if not, you will do something, whatever it is. Ramana Maharshi echoed this: ‘The feeling ‘I work’ is a hindrance. Ask yourself: ‘Who works?’(...) Then the work will not bind you, it will go on automatically. Make no effort either to work or to renounce; it is your effort which is the bondage. What is destined to happen will happen. If you are destined not to work, work cannot be had even if you hunt for it. If you are destined to work, you will not be able to avoid it and you will be forced to engage yourself in it.’ So, leave it to the higher power; you cannot renounce or retain as you choose.

What about our justice system if there is no free will, no personal responsibility? If “what we are” is determined by our genetics, parents, where and when we were born, religion, friends, etc. which were not of our choosing, how do we deal with criminal acts, and everyday socio-moralistic interactions? This is a critical question with many implications.  Integrating this scientifically-demonstrated fact into our religions, institutions, personal life, government, legal system, health care, etc. is going to be disruptive. Some scientists and ethicists have argued: ‘Wouldn’t it be better if we just don’t tell them about it?’ IMHO, that is like continuing to tell folk for centuries that the world is flat, or the center of the universe. In the end, “truth will come out”. These arguments are already appearing in the criminal legal system. The article, Criminal Minds: Use of Neuroscience as a Defense Skyrockets cites Nita Farahany of Duke as saying that cases in which judges have cited neuroscience evidence in their opinions increased from 112 in 2007 to over 1500 in 2011.  Justice will ultimately require incorporation of this understanding.

Are we ready for it?

Trees have a Regular "Heartbeat"

New research now suggests that trees may have a “heartbeat” that pumps water from their roots.

Brain Biases Prevent Action on Climate Change … But Can Help, Too

Climate change is one of the biggest and toughest problems facing human society. Unless the rise in average global temperates is stopped soon