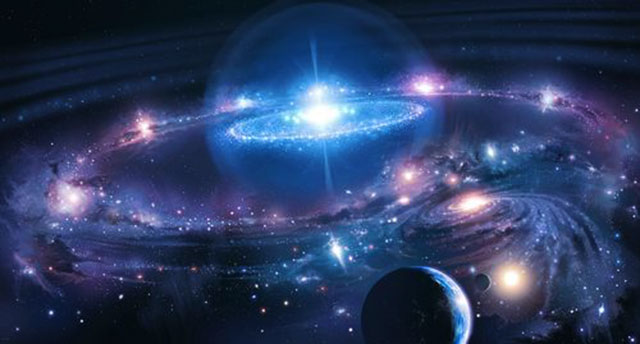 If anything can sum up just how little we truly know about the Universe, it’s black holes. We can’t see them because not even light can escape their gravitational pull, we have no idea what they’re made of, and where does everything inside go once a black hole dies? ¯\_(ツ)_/¯

Physicists can’t even agree on whether black holes are massive, three-dimensional behemoths, or just two-dimensional surfaces that are projected in 3D just like a hologram.

But a new study just made the case for holographic black holes even stronger, with a new calculation of the entropy - or disorder - inside supporting the possibility of these giant enigmas of the Universe being nothing but an optical illusion.

First off, let’s talk about the holograph hypothesis. First proposed by physicist Leonard Susskind in the 1990s, it predicts that, mathematically speaking, the Universe needs just two dimensions - not three - for the laws of physics and gravity to work as they should. To us, though, everything appears as a three-dimensional image of two dimensional processes projected across a huge cosmic horizon.

That might sound crazy, but it could actually resolve some big contradictions between Einstein’s theory of relativity and quantum mechanics - the whole ‘nothing can escape a black hole, but matter can never be completely destroyed’ information paradox, for one. 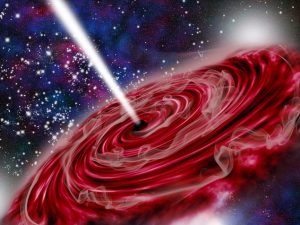 And, as Fiona MacDonald explained for us last year, physicists have had great success in matching up the results of gravitational phenomena to the behaviour of quantum particles using just two spatial dimensions: “[S]ince 1997, more than 10,000 papers have been published supporting the idea.”

Leaving the entire Universe aside for now, let’s apply this thinking to a black hole instead.
Physicists have suggested that the reason we can’t figure out what happens to stuff once it falls over the edge - or event horizon - and into a black hole, is because there is no ‘inside’. Instead, everything that passes the edge gets stuck in the gravitational fluctuations on the surface. A team led by physicist Daniele Pranzetti from the Max Planck Institute for Theoretical Physics in Germany has now come up with a new estimate for the amount of entropy present in a black hole, and their calculations support this scenario.

“We were able to use a more complete and richer model compared with what [has been] done in the past ... and obtain a far more realistic and robust result,”says Pranzetti. “This allowed us to resolve several ambiguities afflicting previous calculations.”

The researchers were focussing on the entropy - a physical property that encodes how ordered, or disordered, something is. Stephen Hawking has suggested in the past that the entropy of a black hole must be proportional to its area, but not its volume, and this idea is what spurred the first thoughts about the possibility of holographic black holes.

“Although there is some consensus in the scientific community that black holes must have entropy or their existence would violate the second law of thermodynamics, no agreement has been reached about the origin of this entropy, or how to calculate its value,” Joanne Kennel explains for The Science Explorer.

For a new way of thinking about this problem, Pranzetti and his colleagues used a theoretical approach called Loop Quantum Gravity (LQG) to explain a concept known as quantum gravity.

In theoretical physics, quantum gravity seeks to describe the force of gravity according to the principles of quantum mechanics, and predicts that the fabric of space-time is made up of tiny grains known as quanta - the ‘atoms’ of space-time.

Collections of these quanta are known as condensates, and the team found that just like a jug full of atoms that make up water molecules, a black hole made of condensates would have all the same properties, and their collective behaviour and gravitational impacts could be determined by studying the properties of just one.

This means that while we can’t actually see or measure what’s beyond a black hole’s event horizon - and therefore its entropy - it doesn’t really matter, if the collective properties of all its ‘atoms’ can be measured in just one.

“[J]ust as fluids at our scale appear as continuous materials despite their consisting of a huge number of atoms, similarly, in quantum gravity, the fundamental constituent atoms of space form a sort of fluid, that is continuous space-time,” the team explains in a press release. “A continuous and homogenous geometry (like that of a spherically symmetric black hole) can ... be described as a condensate.”

So what does this mean for our hologram hypothesis? Well, think of a black hole as a three-dimensional basketball hoop - the ring is the event horizon, and the net is the hole into which all matter falls and disappears. Push that net up into the ring to make it a flat, two-dimensional circle, and then imagine that all that metal and string is made of water. Now everything you measure in the ring can be applied to what’s in the net.

With this in mind, Pranzetti and his team now have a concrete model to show that the 3D nature of black holes could just be an illusion - all the information of a black hole can theoretically be contained on a two-dimensional surface, with no need for an actual ‘hole’ or inside. “Hence the link between entropy and surface area, rather than volume,” says The Daily Galaxy.

Their model has been described in Physical Review Letters, and while it’s going to be borderline impossible to prove definitively that black holes are in fact two-dimensional, theoretical physicists are sure going to try anyway. This study might just be the next big step to get them further on their way, and that’s pretty freaking cool in our books.

The most famous case study in science, prior to Freud, was published in 1728 in the Philosophical Transactions of the Royal Society by the English surgeon William Cheselden, who attended Newton in his final illness.

Black Holes and the Arrow of Time

In our everyday life, time flows in one direction—forward. When you put a frozen pizza in the hot oven, the pizza heats up. When you hit a baseball, it flies over the wall (if you’re having a good day at bat). When you knock a coffee mug off a table...

By University of Vienna

SAND18 US — The Science of Consciousness

Stuart Hameroff, co-founder of the Toward a Science of Consciousness conference, follows a brief overview…

Healing Your Belly Could Also Heal Your Brain

There are many things that affect our mental health, from work-related stress to past traumas to whether or not we meditate each day.