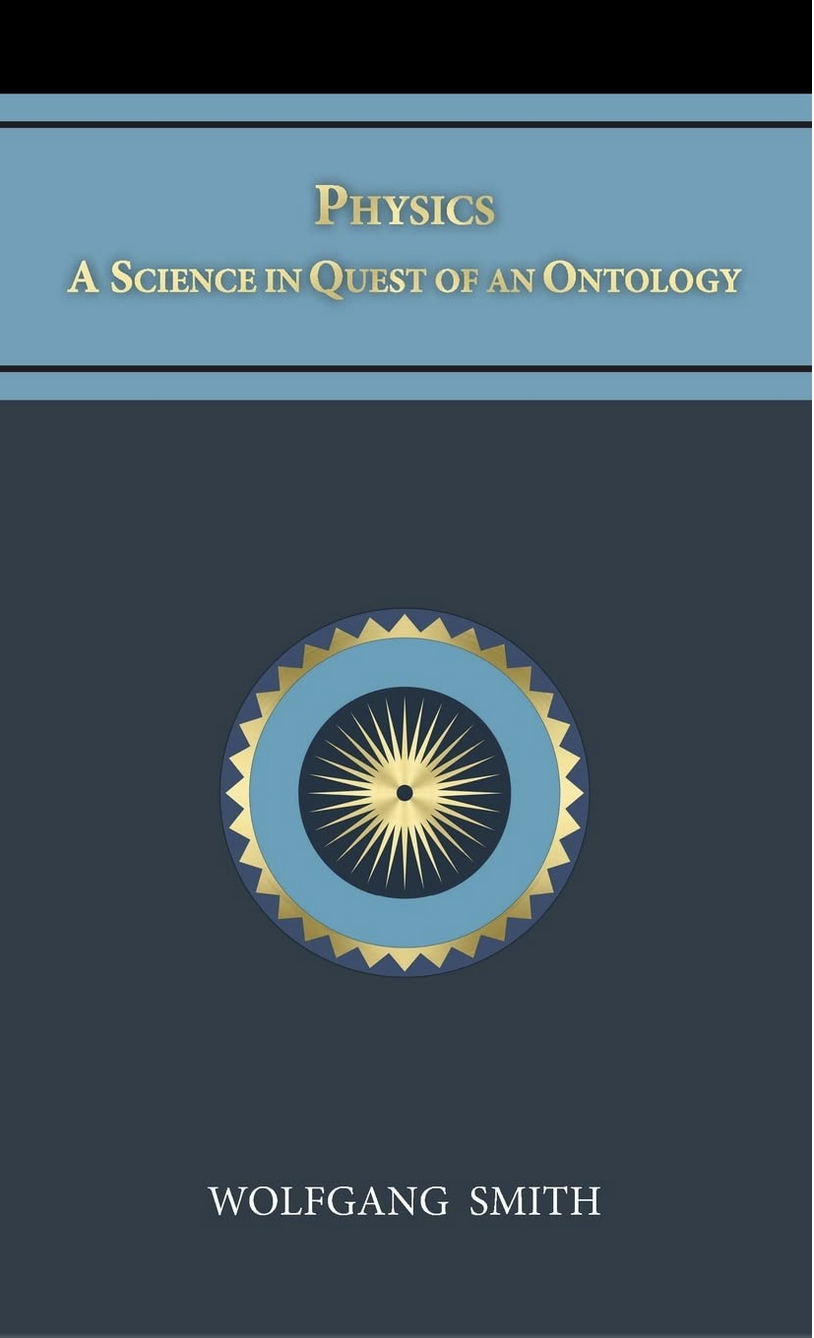 To the extent that modern physics possesses an ontology at all, it has tended to be the Cartesian doctrine of "bifurcation." Not only, however, does this thesis prove to be untenable, but since the advent of quantum theory it has rendered physics de facto incomprehensible. This book introduces an astoundingly uncomplicated and inherently Platonist ontology in which the quantum theoretic stratum assumes its rightful place within the hierarchy of being.

Below is an excerpt from Smith's new book Physics: A Science in Quest of an Ontology

The first step towards an ontological comprehension of physics consists in the rediscovery of what we term the corporeal domain, which is basically the perceptible, beginning with the visual. It is neither necessary nor feasible—initially, at least—to speculate about the other four senses, nor to worry about “border cases” and the like. To regain a grasp of “the corporeal” it is needful to substantiate that the grass is indeed “green”: and this should suffice to break the Cartesian[1] spell.

There is thus a categorical distinction to be made between the world as conceived by the physicist—which we refer to as the physical—and the perceptible world in which we “live and have our being,” which we distinguish ontologically from the physical as the corporeal.

Having rejected Cartesian bifurcation, we reflect upon what this entails in regard to the measurement problem of quantum theory. And the fact is that, having restored ontological rectitude, the resolution of this conundrum literally “stares us in the face”! This is what we wish now to explain.

In place of the Cartesian dichotomy of so-called res extensae versus res cogitantes—which has proved to be spurious—another ontological dichotomy has now taken its place: one needs namely to distinguish ontologically between the entities of physics and the entities comprising this ordinary perceptible world. What invalidates the Democritean[2] premise is the fact that qualities—beginning, yes, with color—have once again been recognized as bona fide components of the “external” world. And this has drastic implications for physics, given that—by its very modus operandi—it has no eye for qualities! A worldview based upon physics is bound, therefore, to exclude the “qualitative dimension” of the cosmos—not because it is not there—but because this science is categorically incapable of grasping that dimension, that aspect of the world.

An ontological distinction is thus to be made between the spatio-temporal world as perceptible, and that world as conceived by the physicist: the two are by no means the same. No wonder that—from the physicist’s point of view—the measurement problem could not be solved: what else can you expect, given that the act of measurement—inasmuch as the result must be perceptible—transcends “the world of physics” categorically! What strikes me as perhaps the most amazing fact concerning the quantum measurement quandary is that it has apparently failed to rouse the physics community at large from their “Cartesian slumber.”

What is called for is an ontological distinction between the spatio-temporal world as perceptible and the world as conceived by the physicist: the corporeal and the physical, we shall say. It appears that Eddington was right: there are in truth “two tables.” There is namely the one I can see and touch, and the one made of “atoms and the void” which I cannot.

What renders a corporeal entity thus irreducible is the ontological fact that, in its essence, it is not subject to the bounds of space and time. And this notion of irreducible wholeness leads quite naturally to the Platonist ontology represented by the tripartite cosmos, as we have come to conceive of it. In this ontology the integral cosmos divides hierarchically into three domains, ranging from the corporeal—subject to the bounds of both space and time—to what may traditionally be termed the aeviternal, which is subject to neither and must consequently be the ontological stratum from which both VC and IW are ultimately derived. Dante refers to it poetically as “the pivot around which the primordial wheel revolves,” a metaphor in which that “primordial wheel” refers evidently to time, which proves in fact to be definitive of an ontological stratum referred to traditionally as the intermediary domain, of which the corporeal is the termination. The integral cosmos may therefore be represented in iconographic mode as a circle in which the center represents the aeviternal realm, the interior the intermediary, and the circumference the corporeal domain.

[1] René Descartes (1596–1650) posited a division of reality into two substances: res cogitantes (things of thought) and res extensae (things extended in space). A. N. Whitehead named this partition “bifurcation.” The interest of modern physics is with res extensae, which are purely quantitative and conceived of as wholly “objective”; res cogitantes are, in this paradigm, merely subjective constructs “in the mind” and include qualitative attributes, such as color. —Ed.

[2] Democritus of Abdera (5th century BC) declared: “According to vulgar belief, there is color, the sweet and the bitter; but in reality, only atoms and the void.” Cf. Hermann Diels, Die Fragmente der Vorsokratiker (Dublin: Weidmann, 1969), vol II, p. 168. —Ed.

Wolfgang Smith graduated from Cornell at age eighteen with majors in physics, mathematics, and philosophy. He subsequently contributed a theoretical solution to the re-entry problem for space flight. After taking his doctorate in mathematics at Columbia, he served for thirty years as professor of mathematics at M.I.T., U.C.L.A., and Oregon State University. Smith then devoted himself to correcting the fallacies of scientistic belief, focusing on foundational problems pertaining to quantum theory and visual perception by way of the traditional tripartite cosmology. The Philos-Sophia Initiative Foundation’s documentary on his life and work, "The End of Quantum Reality", is now available on disc and digital platforms worldwide. Visit theendofquantumreality.com for more information.