Against My Insistence on Nonduality 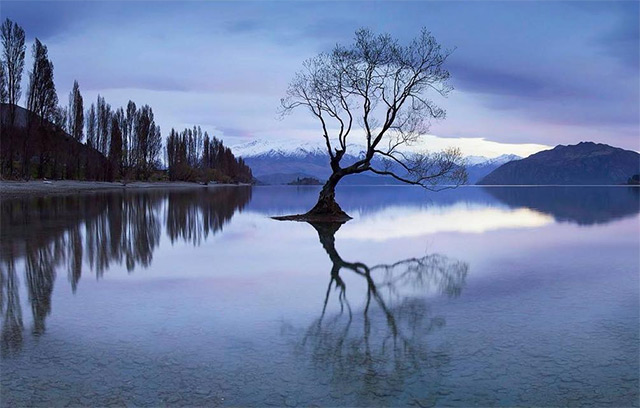 It has occurred to me, after a lifetime of studying the perspective of nonduality, that this precious gift which has meant so much to me, must be carefully laid down to rest.

As it turns out, many of the elements I had associated with a nondual perspective, such as the co-arising of subject and object, of this and that, of the personal self and the impersonal self, of the continuity and density, began to feel less and less important. I had in many ways, depended upon this level of consciousness because—I see now—it lowered the level of conflict within me and my perception of the world, and thus, allowed me to exist and teach in it with less strain and judgement and more spaciousness. That said, I began to notice a soft glow of nondual consciousness, of some subtle work I had to do on a moment by moment basis in order to maintain this awareness. Whether that was because this awareness was not deeply settled enough in my soul or for some other, unknown reason, I began to both be aware of this level of effort and the co-arising of my decision to end this type of relationship. It had all at once begun to feel inauthentic, effort-filled and out of touch with something I needed return to. A new “non-level” of awareness needed to take its place. I say “non-awareness” because I was looking for something that was so direct, so plain that it needed no explanatory intervals or philosophical understanding in order to be touched.  It was a tactile need, uncomplicated and direct. I wanted to touch something that this glow seemed to be in the way of. Whether that thing was going to be brighter or darker did not enter into my calculations: There was no longer room for me at that particular inn.

Why was this forgetting necessary? And by that I mean, did I have to forget in some manner the truth of the co-arising unity in order to feel this ordinary freedom and ordinary joy? I am contemplating saying yes. At least for me, and more accurately, at least for me at this moment, this was necessary and might be for at least for a period of time.

Recently, I had a session with someone who had a series of experiences which, while of great fulfilment for her, were still somehow dual: there was still “someone” or “something” standing apart from the experience-er who was the causative factor in all this freedom coming to fruition. As I noted this in my notes and wondered about—and then rejected—leading this person to a more nondual, co-arising view, I also put down this note: “This person’s dualistic view may also be a true view!” What I felt in that moment was that anything but what this person was feeling, was extraneous. In this particular case, the end result of this person’s experience was an abundance of tenderness, compassion and love. The nondual view per se was something extra, a “thing” not needed in the ultimate flow of the feelings and insights that flowed from this experience for this person. It was true that my experience of understanding and living the nondual view had brought me to the lip of tenderness, that without understanding the nature of a co-arising universe, I would never have seen the scintillation of the world at all. Now however, all that stood in my way was the very light I had worked so hard to find.

On a helping basis in this session, I decided to take things as they were, not with some hidden consciousness within me of some technical virtuosity wherein I held back some deeper truth to allow this “relative” truth to settle into this person’s consciousness. Instead, I radically abandoned my thought of there being anything else that was “deeper” since where this person had arrived was where I had arrived through my own devotion to the nondual. The nondual had “cast me out” on this farther shore—if it was a farther shore! In fact, I no longer cared whether it was farther or closer, a shore or a sea. It was only where I was and where I was going. I knew somatically at that point something that perhaps other spiritual devotees might have known from the beginning, which was that nonduality, if it is to be embodied and real and not an especially refined and special state, must lead back to creation itself, with its messy “nothingness,” with its muddy light sometimes and its bright light sometimes. That “higher” must always have “lower” compassionately nested within it and that my job was to breathe it all in. All special states needed to cease—or not cease. They were irrelevant in the face of the larger truth which was that everything we do can and should, be in the service of love.

Love must bring us back to the particular. We love something and someone. We love the entire picture. We cry for the entire picture. Creation is seen as something wonderful and terrible and not something that only reveals its truest essence to the high and mighty. And, after all, we must see the infinite as the abode of the particular and the open hands and heart that absolves all of creation of the idea of “sin”, of higher and lower. And yes, of course, there is still higher and lower and “sin” and right and wrong. The point is: there is room for all without condescension and without holding something in abeyance because it is not yet “the highest truth.” Letting go of all that seemed to me to be a higher truth and nonduality—at least in the way I had unknowingly held it in my heart—was bridle on a horse that simply wanted to graze in the spring grass. I didn’t want this bridle on my soul. I wanted to fully appreciate this person as they were, beautifully ensconced in the particulars of creation in this world of duality, tender in time, love in the length and width of a human life.

I freely admit my ignorance and lack of attainment in this area. It feels freeing to do so. It feels even more wonderful to give up the thought of any spiritual attainment and instead yoke myself to the job of simply being a better person, that knowing that my life will end, focusing my job on making this span, this time, this finite bit of the universe’s history, a loving one.

I understood, that the teacher helps by being love and not by loving. Loving always contains its opposite and can, in a way,  hold within it the threat of desolation and exile in those moments you cannot muster or master the connection with love. In other words, there is always the possibility of “something else.” But being love on the other hand, was an entirely different animal. It was an animal fully aware of flesh and blood, fully ready to sit with anyone and discourse and drink tea and listen and learn and teach and lead—all at the same time. It has—as much as possible given the limits of our knowledge and ability—at least in my case—the possibility of giving up territory, giving up a border wall against the infinite in its multiplicity, so that reality rushes in and a bow in every direction is the only correct answer to the vagaries of human life, a bow even to my own ineptitude and failure to always embody the love I so clearly see.

Please understand: this little note to eternity is not about nonduality per se. It is about my limited understanding and how those small notions kept me from this plainer view. I know that I will continue to teach the nondual view since it leads inextricably to this here and now. But, I won’t live in its elevated castle, a castle I put it in, in my ignorance. In the future, I hope I will continue to see it as a simple tool that can lead people back to this boisterous, dangerous and beautiful world, with its valleys of truth and its crevices of evil. It did that for me.