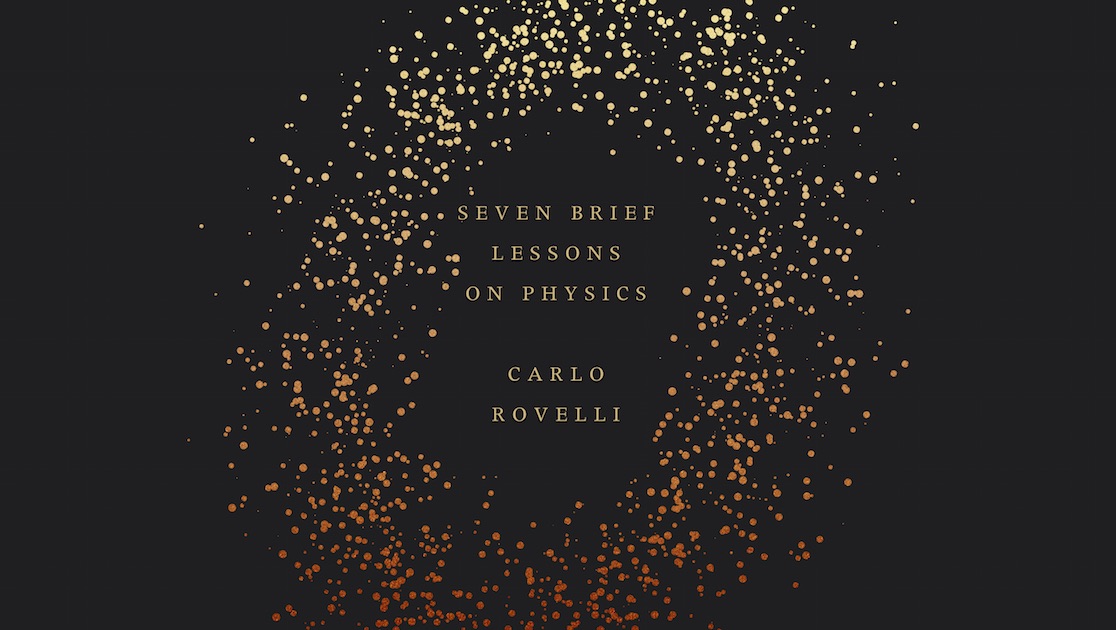 Rovelli portrays the universe as a strange place where space-time, the present, the past and the future are illusions, and his unfolding of the mystery and the beauty of the universe is breathtaking.

In “Seven Brief Lessons on Physics,” Italian physicist Carlo Rovelli talks about modern science in a way we used to call “Physics for Poets.” There’s more to that facetious label than you might think, since Rovelli’s translators, Simon Carnell and Erica Segre, are poets. In lessons that are simple and beautiful, Rovelli explains how we use science to better understand the world and to begin to understand how much we don’t know. We delight when our theories are confirmed. Such a confirmation was the February discovery of the gravitational waves predicted by Einstein, but until now unobserved.

Rovelli gracefully eases us into thinking about our existence in a relatively strange world described by Einstein’s general theory of relativity, quantum mechanics, quantum gravity, the structure of the expanding cosmos, and tiny elementary particles, in ways that are as lucid, elegant and beautiful as the scientific theories themselves. He describes those theories one lesson at a time, giving a brief not-too-technical explanation, and using only a few simple drawings and photographs, often preferring to refer to Shakespeare, God or Homer to make a point. And he gives us but one equation: Rab - ½ R gab = Tab.

But he says it’s unnecessary to master it and compares its “rarefied beauty” to a Beethoven string quartet. In the seventh lesson, he brings the science and the lyricism of physics together when he contemplates how we fit into the universe, quoting several lines from the ancient Roman poet Lucretius.

Einstein’s general theory of relativity describes the curvature of space and time, but to Rovelli it’s a jewel whose brilliance he rightly likens to masterpieces such as Homer’s “Odyssey” and Shakespeare’s “King Lear.” Rovelli writes, “the theory describes a colorful and amazing world where universes explode, space collapses into bottomless holes, time sags and slows near a planet, and the unbounded extensions of interstellar space ripple and sway like the surface of the sea….” Those ripples are the same waves that Einstein predicted and whose existence now is confirmed by LIGO (Laser Interferometer Gravitational-Wave Observatory). Similar to electromagnetic waves, they are ripples of space itself.

The general theory of relativity is one of the pillars of modern science. Quantum mechanics is the other. Instead of depicting large entities like space and time, quantum mechanics looks at the smallest particles. Rovelli simplifies quantum mechanics, “where the most baffling aspect of modern physics lurk,” one aspect being that electrons only exist “when they are interacting with something else.”

After a lesson on the largest and smallest wonders of the universe, Rovelli focuses on the architecture of the cosmos, the “dance of the planets,” and other celestial objects born, like us, “from the same celestial seed,” as Lucretius wrote.

That’s followed by another lesson on microscopic particles. Whereas light is made of particles called photons, the tiny elementary particles that make up atoms consist of electrons, neutrons, proton, quarks and gluons. Along with photons, neutrinos and Higgs bosons, those elementary ingredients “act like bricks in a gigantic Lego set.” An intricate theory based on quantum mechanics called “the Standard Model of particle physics” works well, despite its inelegance, at describing the world around us. It was confirmed in 2013 with the discovery of the Higgs boson. Because of the theory’s ungainliness compared to, say, the beauty of Einstein’s theory, other more elegant but less reliable theories have been proposed but were “not to the good Lord’s liking.”

Although general relativity and quantum mechanics have transformed technology and our lives, the theories contradict each other. So, it falls to quantum gravity to find a unified theory, a set of equations that presents “a coherent vision of the world.”

Ultimately, Rovelli portrays the universe as a strange place where space-time, the present, the past and the future are illusions, and his unfolding of the mystery and the beauty of the universe is breathtaking.

Joseph Peschel, a freelance writer and critic in South Dakota, can be reached at [email protected] or through his blog at http://josephpeschel.com/HaveWords.

Scientists believe that mysterious dark matter is key to forming galaxies in the cosmos. Now, a recent series of bizarre findings threatens to undermine everything we think we know.