A Conscious Chaos? A Dialogue with Peter Russell

Peter Russell’s latest outreach initiative comes in the form of an elegant and poignant short animation about the nature of reality, called A Conscious Cosmos. Yet the film hints at certain qualities inherent to consciousness, such as differentiation, order and harmony through layers of manifest form. The film is not entitled: A Conscious Chaos.

We asked Peter Russell to lead us a little further through the mysteries of our own consciousness, in search of some innuendo of its subtle nature, the nature of all that ‘is’. 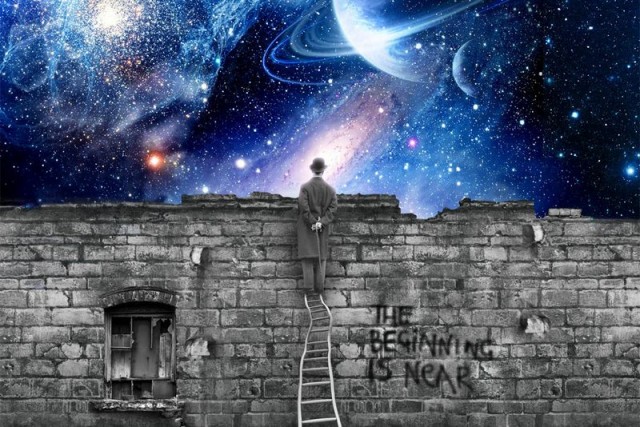 If consciousness is ultimate, how can it get differentiated?

This comes up a lot. I draw a distinction between the faculty of awareness - by which I mean the ability to have experience of any kind - and the forms that arise in awareness.

Do natural forms arise according to an unmanifest template within consciousness?

Could the quality of what we call consciousness be determined by the form of the human brain?

Yes. Clearly, the actual experience we have -  the forms that appear in consciousness - our thoughts, sensations, perceptions and feelings - that’s all determined by what goes on in the brain. If we change the state of our brain, we change our experience. But the brain doesn’t create the faculty of consciousness.

An analogy would be that of a light in a film projector. Every film projector has a source of white light at the center. The light shines through the film and takes on various colors. Basically, the film filters the light and gives it shape and form, and then we see the film on the screen and we see all these forms and stories unfolding, and we get engaged in it. In the beginning, it was just light. The light is already there, and what the film does is shape the light.

Is there a source to consciousness, like a source of light, that doesn’t need to perceive at all?

Could it be that consciousness is the first trigger of physical creation?

I don’t think that ultimately, it is a split. There is the knowing of experience, and in that knowing, we make that split between knowing and knower, but that’s a split that we have made in our minds, It’s a conceptual split.

What happens when we turn our attention inside ourselves?

So we have two: when turning inwards, the snake of consciousness redirects from outside to inside - searching for that greater consciousness inside. What’s happening when those two meet? Who wins?

The snake! There appears to be a ‘self’ observing all this. When the snake of attention turns inwards and begins to look for this ‘self’ that is conscious, then what you begin to find is that there isn’t anything there, no self!

This is what so many nondual teachings are pointing to: that the sense of self is just another form appearing in experience. It’s another creation, and when you really look inside, you find that there is no-one observing it, there is just observation happening, but there isn’t any fixed ‘self’ which is observing.

I think that this is one of the great discoveries of the inner exploration. When you realize that the sense of self is just another form - a very, very subtle form, appearing in the mind. Ultimately there isn’t a knower as a thing, just the knowing, and this sense of self is something that appears in the knowing.

Is the snake of attention able to also turn inside itself, and what happens then? Where does this inquirer come to peace?

This is stuff I love exploring in myself. The only way to explore, is by just sitting down and letting the mind be really quiet, and what I notice (what notices), is that when the attention turns towards itself, then I discover there is a very subtle form to the attention itself. I call it a contraction of consciousness. There’s a feeling of the pure, open, spaciousness of consciousness, and a slight tightness - very, very subtle. And when the attention tends to itself, that slight feeling of constriction becomes noticeable, and by noticing that sense of contraction it dissolves and when that dissolves, the attention relaxes and drops back into that quality of being, that spaciousness, the silence, that purity which so many of the great teachers have spoken about.

So for me, this is a fundamental way of making that final step back into being: to become aware of the slightest contraction or constriction. When you talk about the snake, the snake has an energy to it, so it’s through becoming aware of that, that the snake releases, dissolves, and there is no snake.

If the Cosmos is conscious, does it suffer?

Do feelings of love or peace exist independently of the brain?

There is no absolute truth here, but the way I say it, there are intrinsic qualities with potential within consciousness. Although consciousness itself doesn’t have any qualities, when we turn our attention to consciousness, it does appear to have certain qualities like peace, or love, or a sense of spaciousness, or a sense of clarity. These are dependent in some way upon the brain. I could imagine somebody who had damage to some part of the brain that even in meditation, may not be able to experience one of these qualities.

So the actual experience of these qualities depends on the brain, nevertheless I think those qualities are universal and not confined to just human beings. So when you’re in deep meditation, you can connect to that deep sense of lovingness, but this is still a form that is appearing - something that we are aware of. So these qualities depend on the brain but they are at the same time universal qualities. All the great traditions are pointing towards love, peace, freedom and perfection.

Does that imply that the first layers of manifestation are not neutral but benevolent?

It’s more that when we access that level of consciousness, we are shedding all the stuff that gets in our way. All that stuff which is not benevolent. I call it a sense of OK-ness.

Ultimately, all we do in life, is in the hope of returning to that contentment, that OK-ness. However, because we are so ‘smart’, we get caught up in imagined threats or opportunities that occupy our consciousness, leading to an ongoing state of discontent, which is suffering. We try to resolve this by doing things, getting things and chasing things in the world, until our attention gets focussed on how the world needs to change in order for us to be happy again.  We miss the fact that the reason we’re not happy is because we created all this discontent. It’s a sad irony of the human condition. This is where suffering comes in. Suffering is wishing the present were different, rather than accepting the present as it is.

There is the old saying: pain is inevitable, suffering is optional.

See Part II of the interview